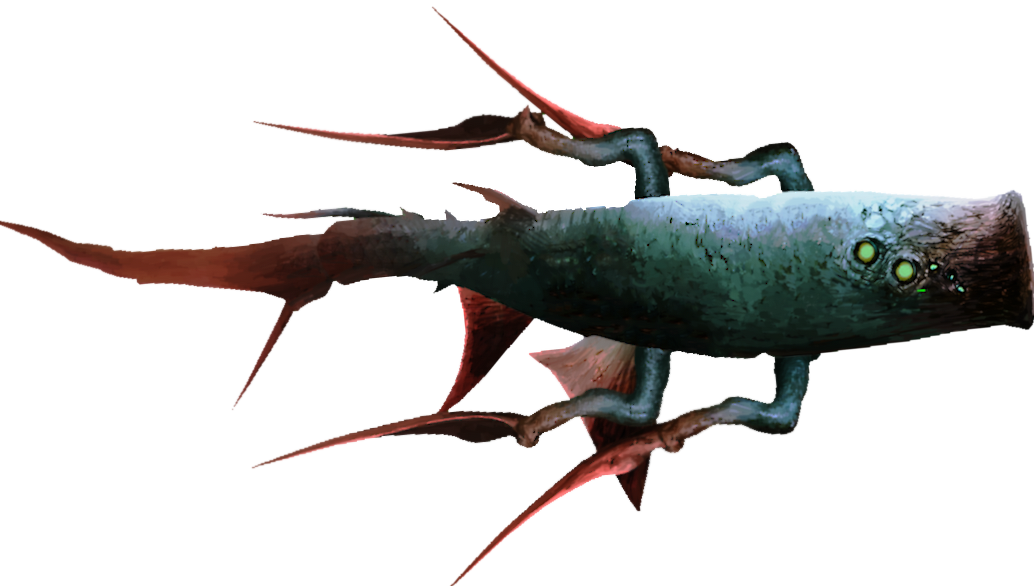 The Hammerhead is an uncommon creature found in the frigid oceans of Barotrauma.

Hammerheads are medium-size shark-like creatures. They have at least two pairs of eyes, four claws, four fins, and a long tail, which is their primary mode of locomotion.

Their most distinctive feature is their flat head, which is reminiscent of the head of a claw hammer.

Hammerheads are somewhat solitary creatures, but are sometimes seen in groups of two or three.

Hammerheads are capable of inflicting considerable damage to the outer walls of a submarine, utilizing their flat heads to bash holes in a given surface. They are highly sensitive to light, and as such may be avoided by disabling exterior lighting on board the submarine.

They cannot enter the submarine, and will relentlessly pound at the outer hull of the submarine and its occupants.